Climbing Mount Fuji on misty rainy day could be the bad timing , missing all good scenery which can be viewed from top of the summit.  Mount Fuji is with 3776 meters Japan's highest mountain. It is not surprising that the nearly perfectly shaped volcano has been worshiped as a sacred mountain and experienced big popularity among artists and common people throughout the centuries. Climbing Mount Fuji (3776 meters), Japan's highest and most prominent mountain, can make for lifelong memories. The mountain itself may look more attractive from afar than from close up, but the views on clear days and the experience of climbing through the early morning hours among hundreds of equally minded hikers from across the world, are very rewarding if weather is nice. 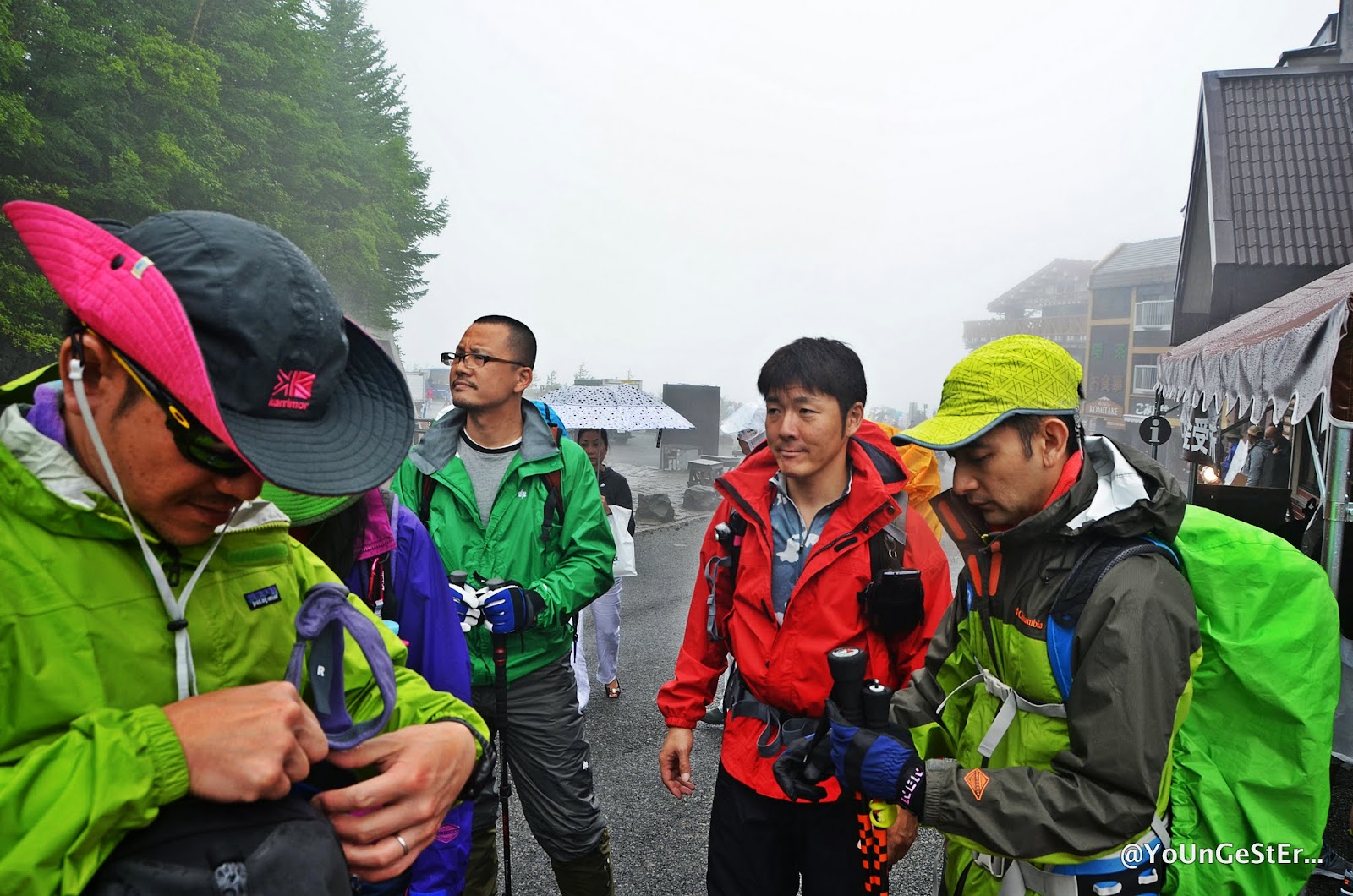 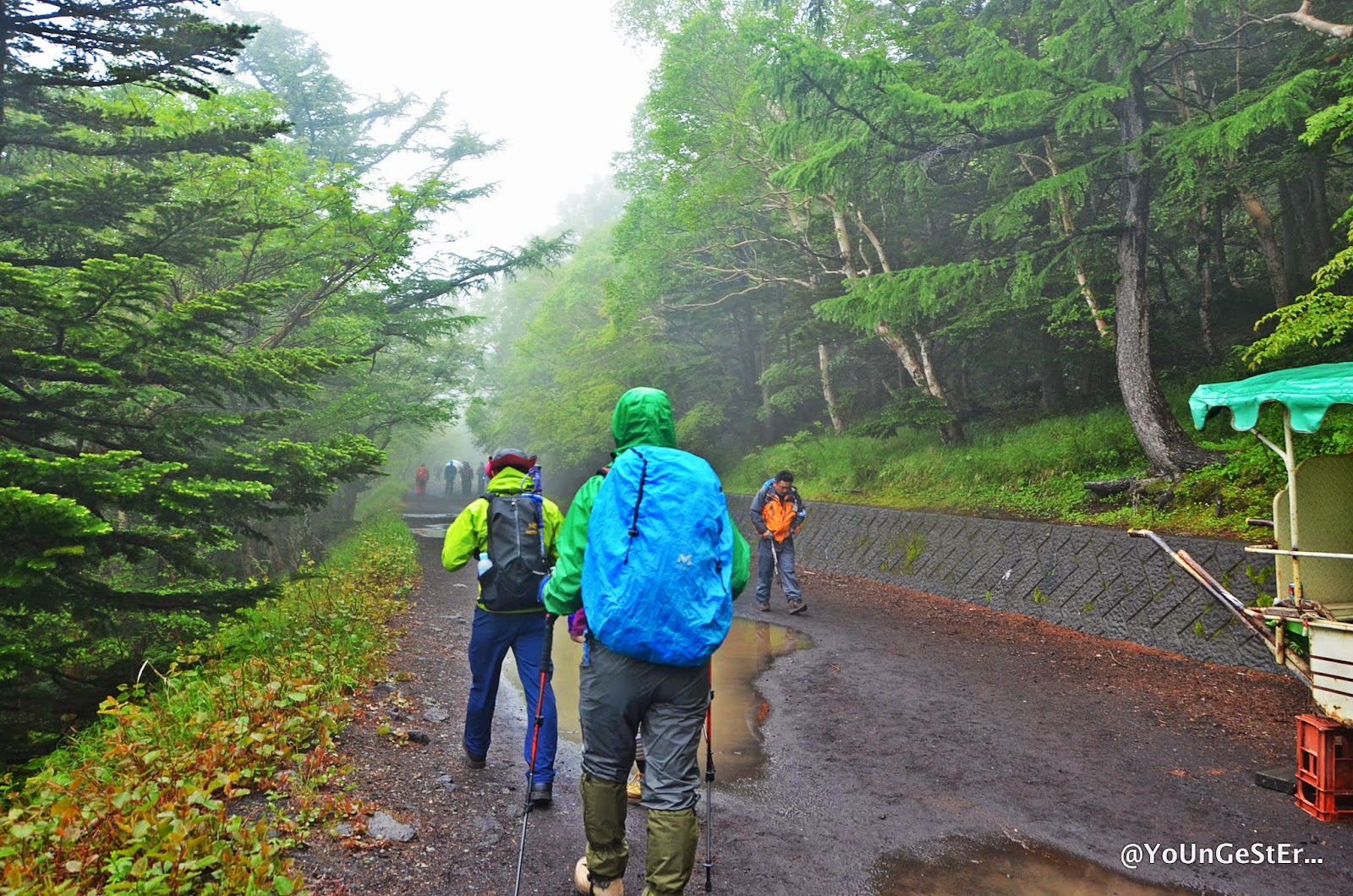 To see sacre mountain from near by we started from Yokohama @ 6:30 in our car and reached at 5th Station of Kawaguchi around 9:30. Weather was bad , misty and raining but still can see lots of enthusiastic ready to climb.

The station is reached by the Subaru Line, a scenic toll road up Mount Fuji's lower slopes, that begins in Kawaguchiko Town. The toll road costs 2060 yen and can get closed partially in winter due to heavy snow. Furthermore, it gets closed to private vehicles during the peak of the climbing season (July 10 to August 31, 2014), during which time shuttle buses are provided to take hikers to the 5th station.

The Yoshida Trail is considered as most crowded trail to the summit, and some sections can get very congested during the official climbing season, especially above the 8th Station. Fortunately we were lucky this day , with less hikers maybe because of bad weather. The ascent via the Yoshida Trail takes roughly five to seven hours, and the return journey about three to five hours. 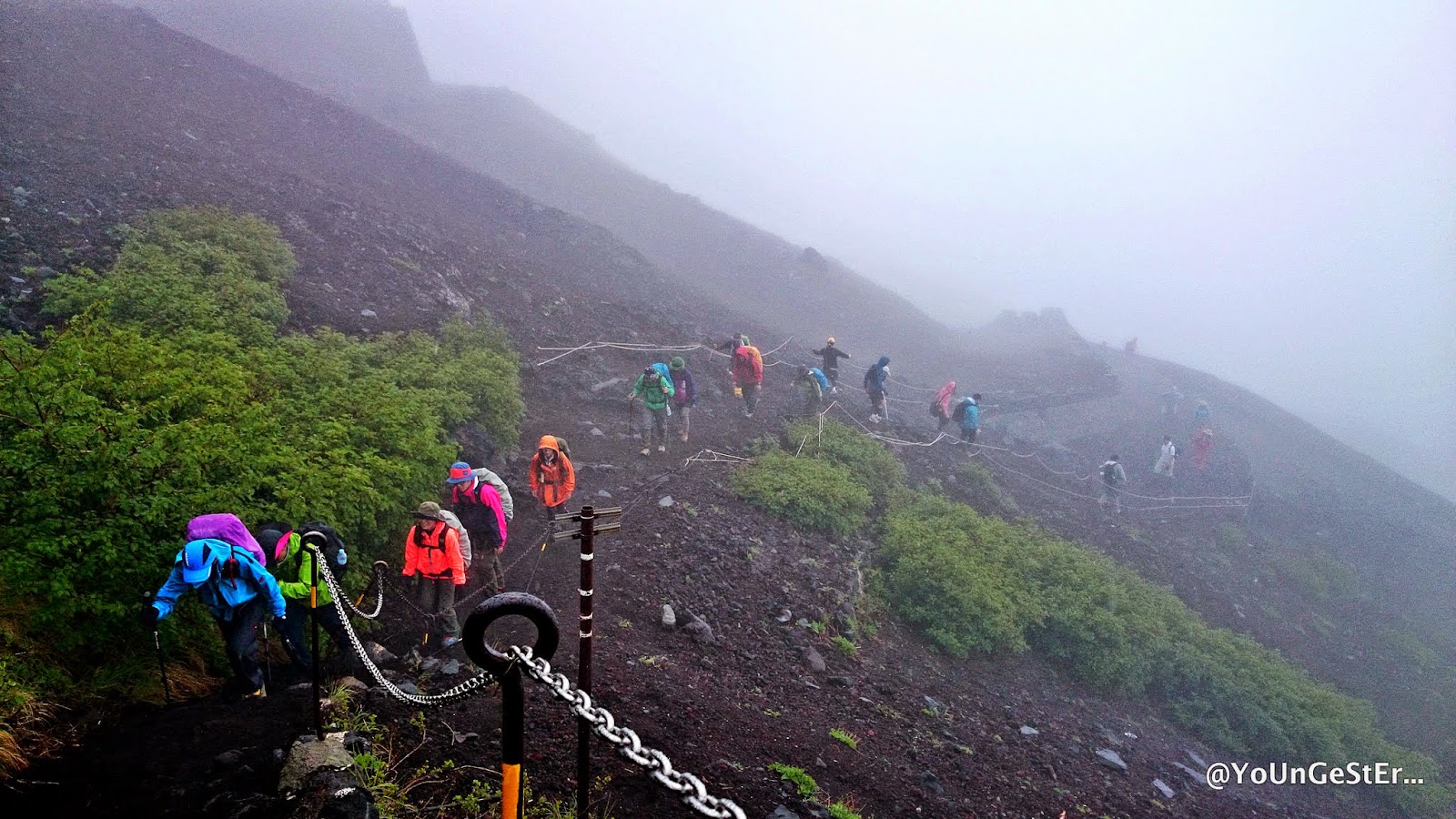 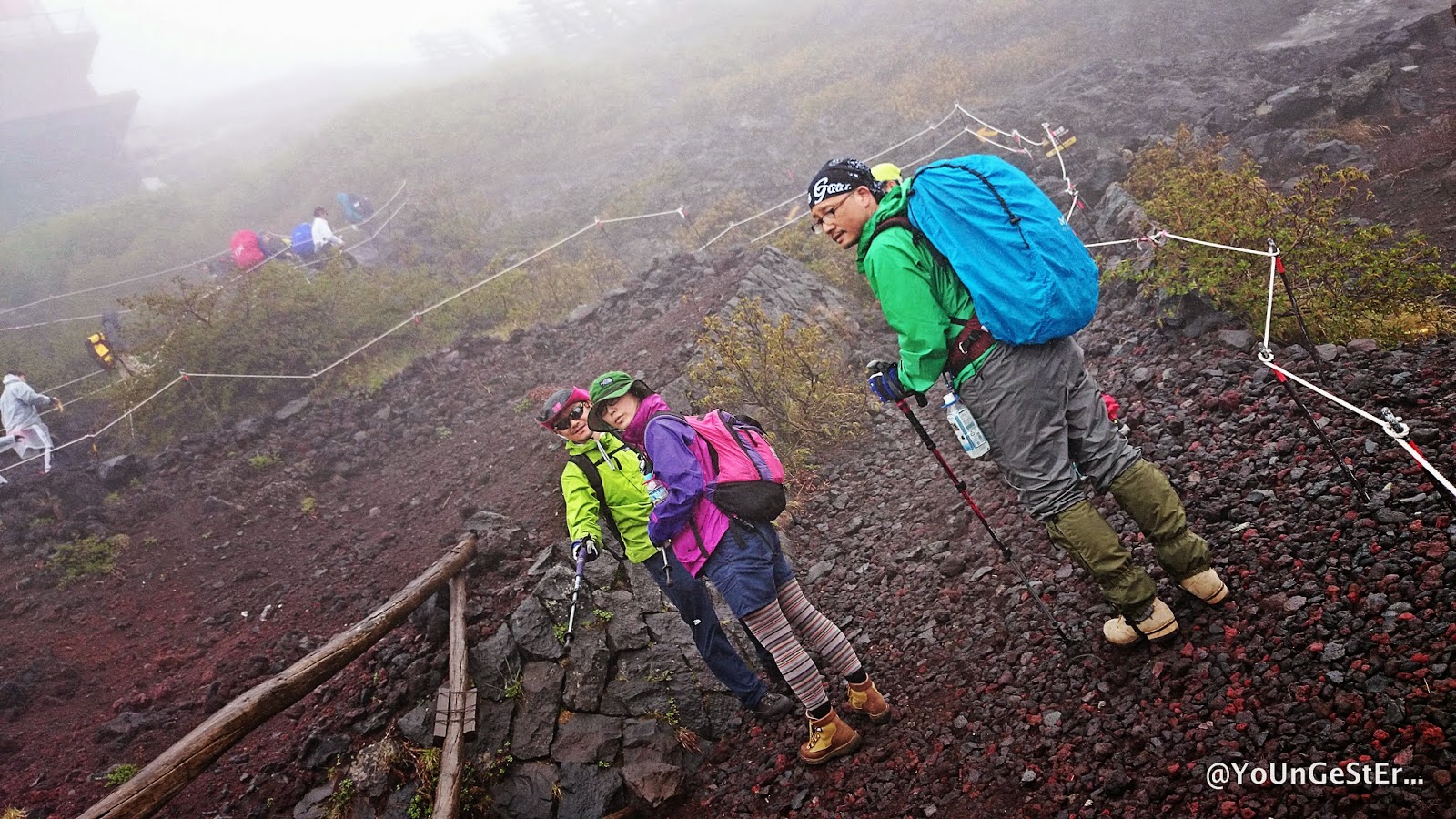 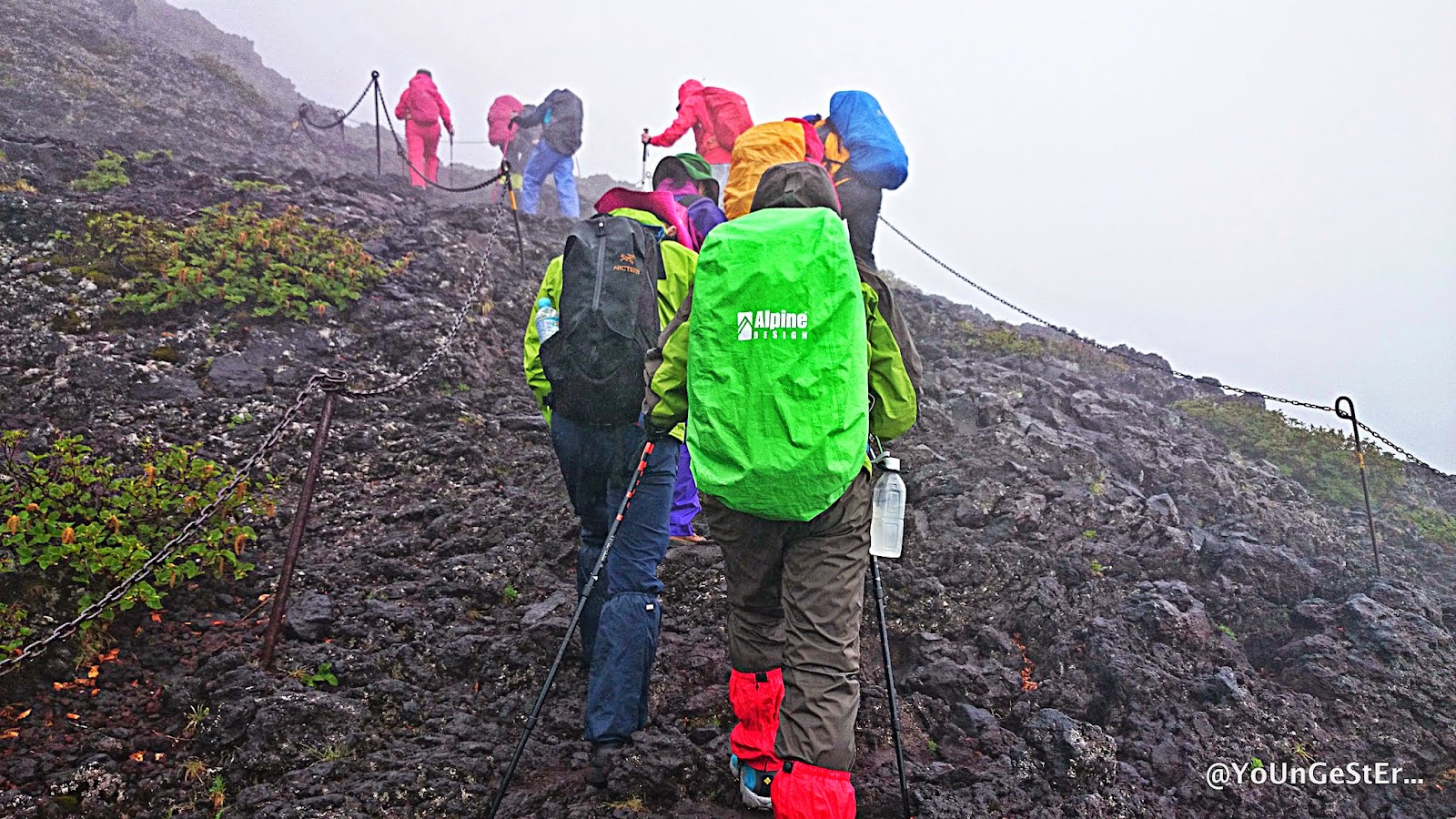 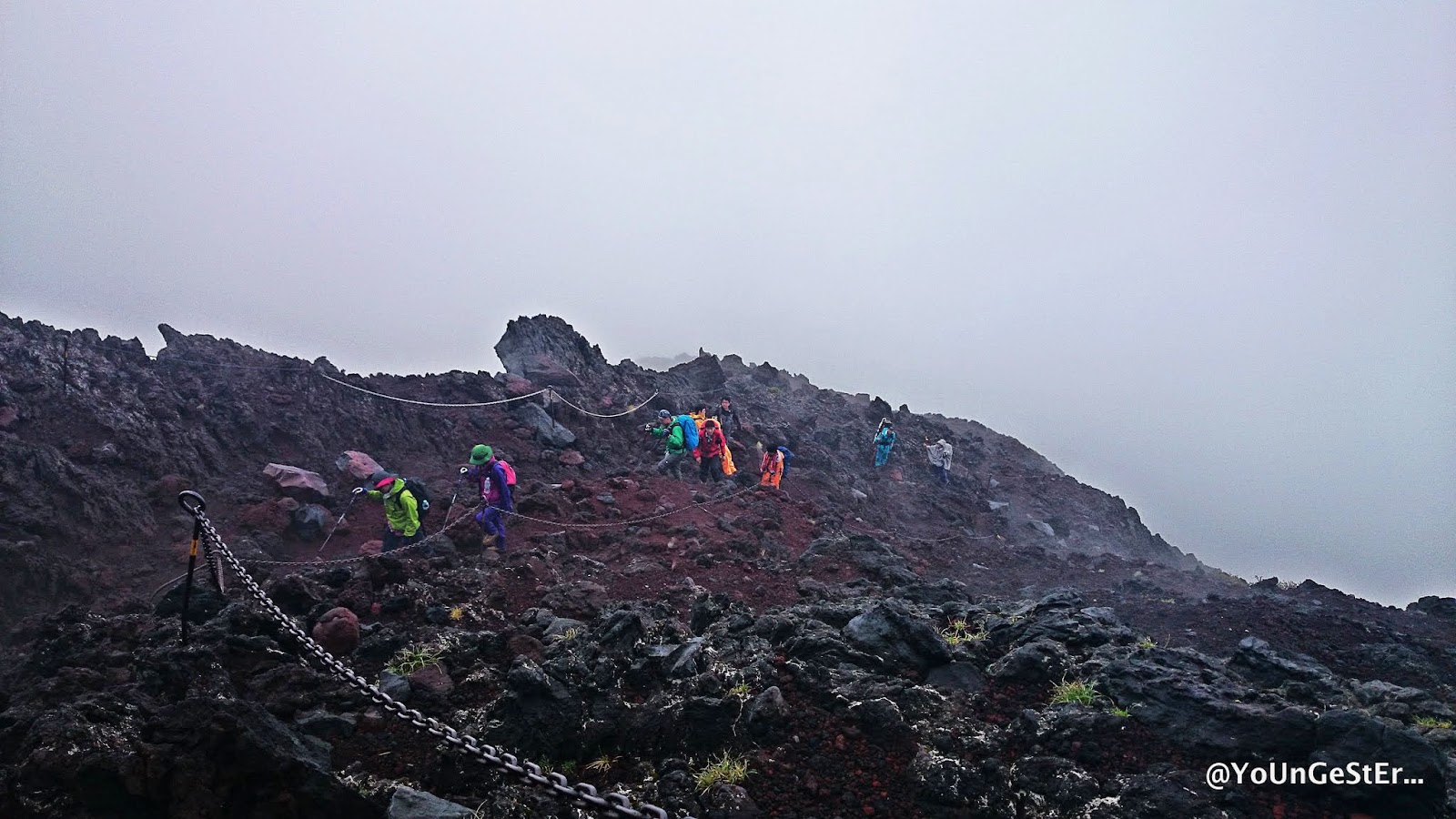 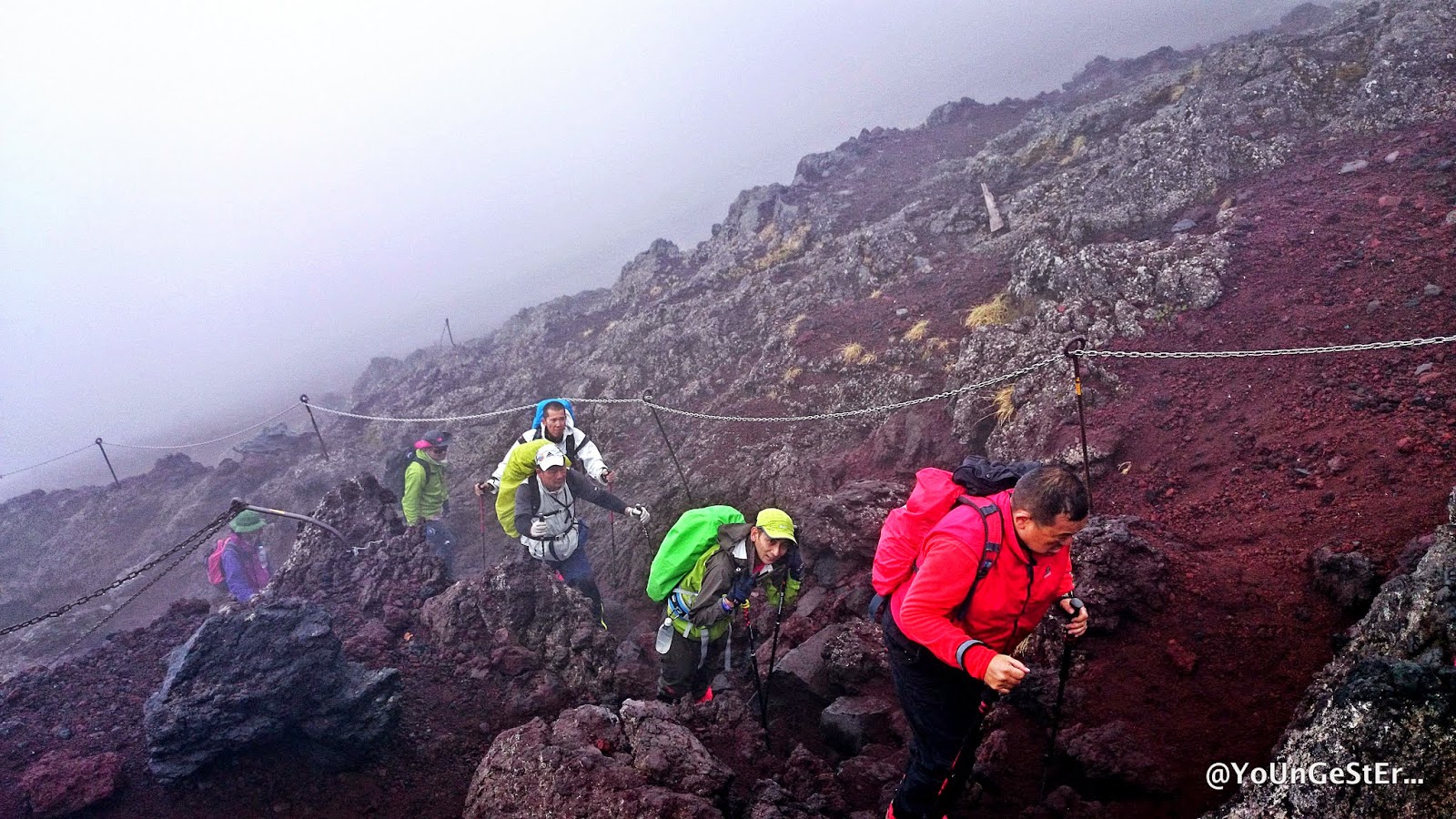 At 10:30 we started from 5th station , were at top around 18:00. Nothing to see , can't see anything expect mist , empty top with no one except us. Started with 6 , 2 gave up and reached at top with 4. But while coming down met one American guy who was supposedly waiting for us to guide me to the ground to base , so back to 5 while going back in night. We started our decline at 19:00 and reached top base 5 around 13:30. Ride back car and home around 6:00 , more than 24 hrs without sleep with 14 hr of straight hike. After reaching base , the only thing in the mind was not to try again , not again not anymore but of course will go again , good weather. 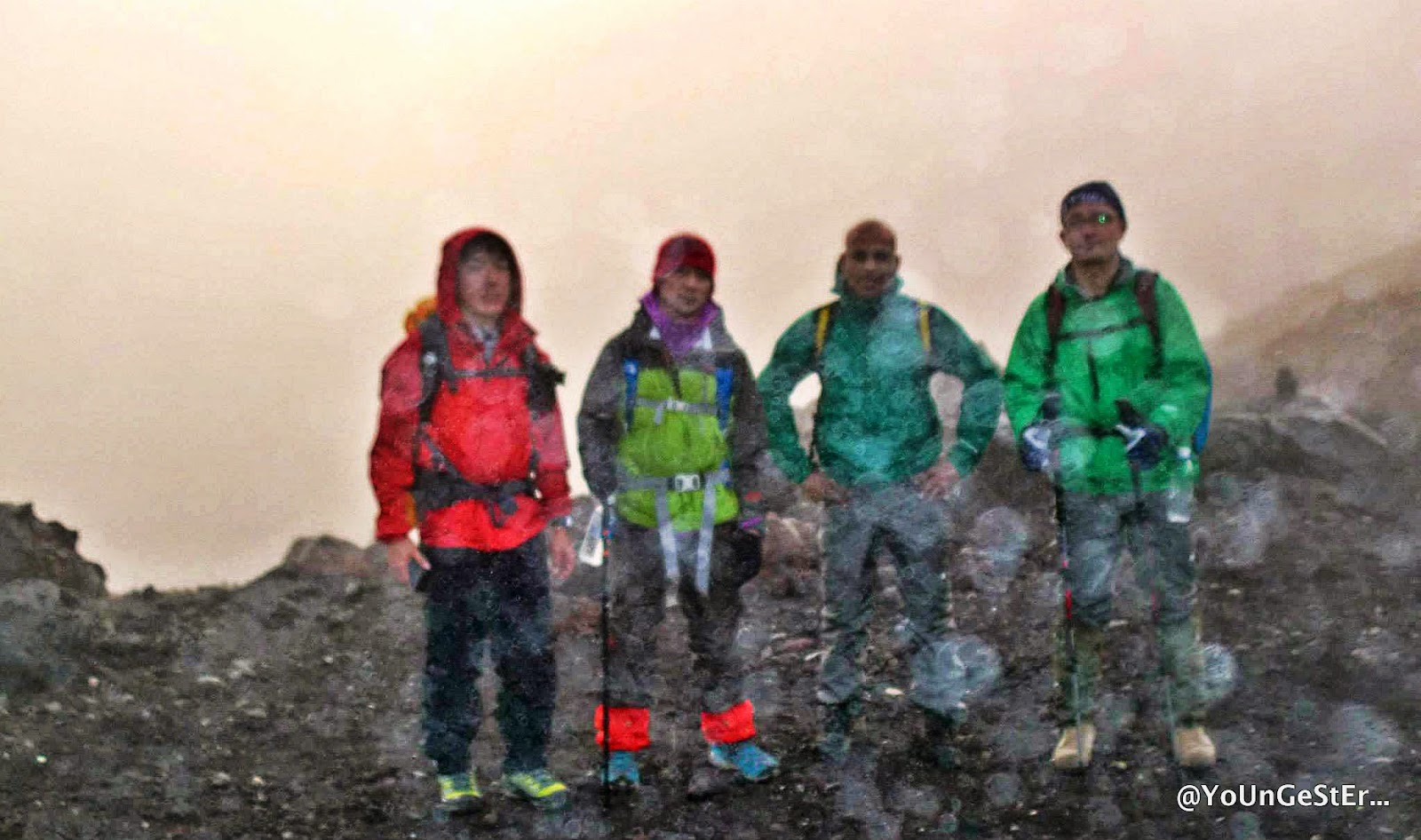 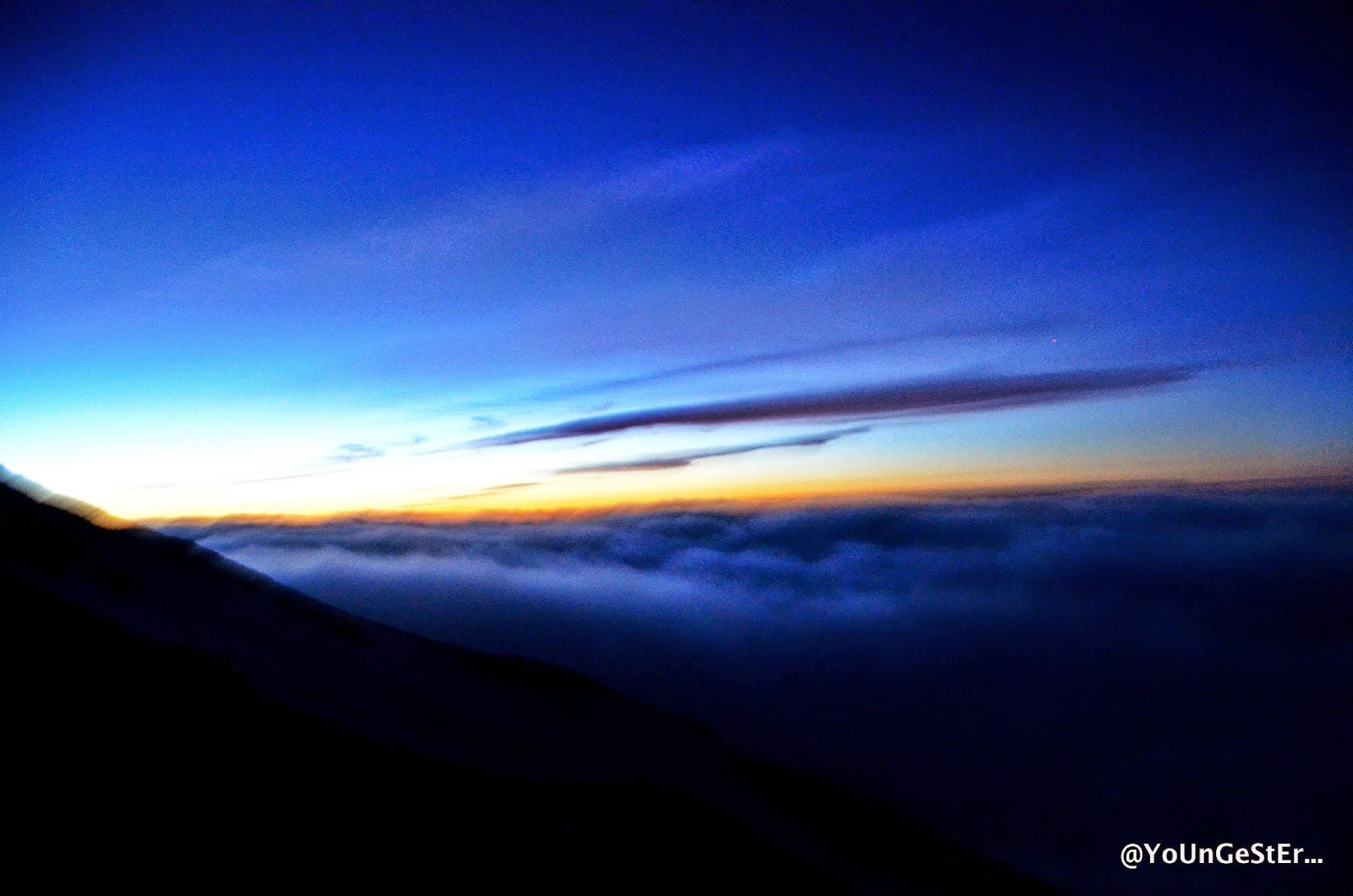 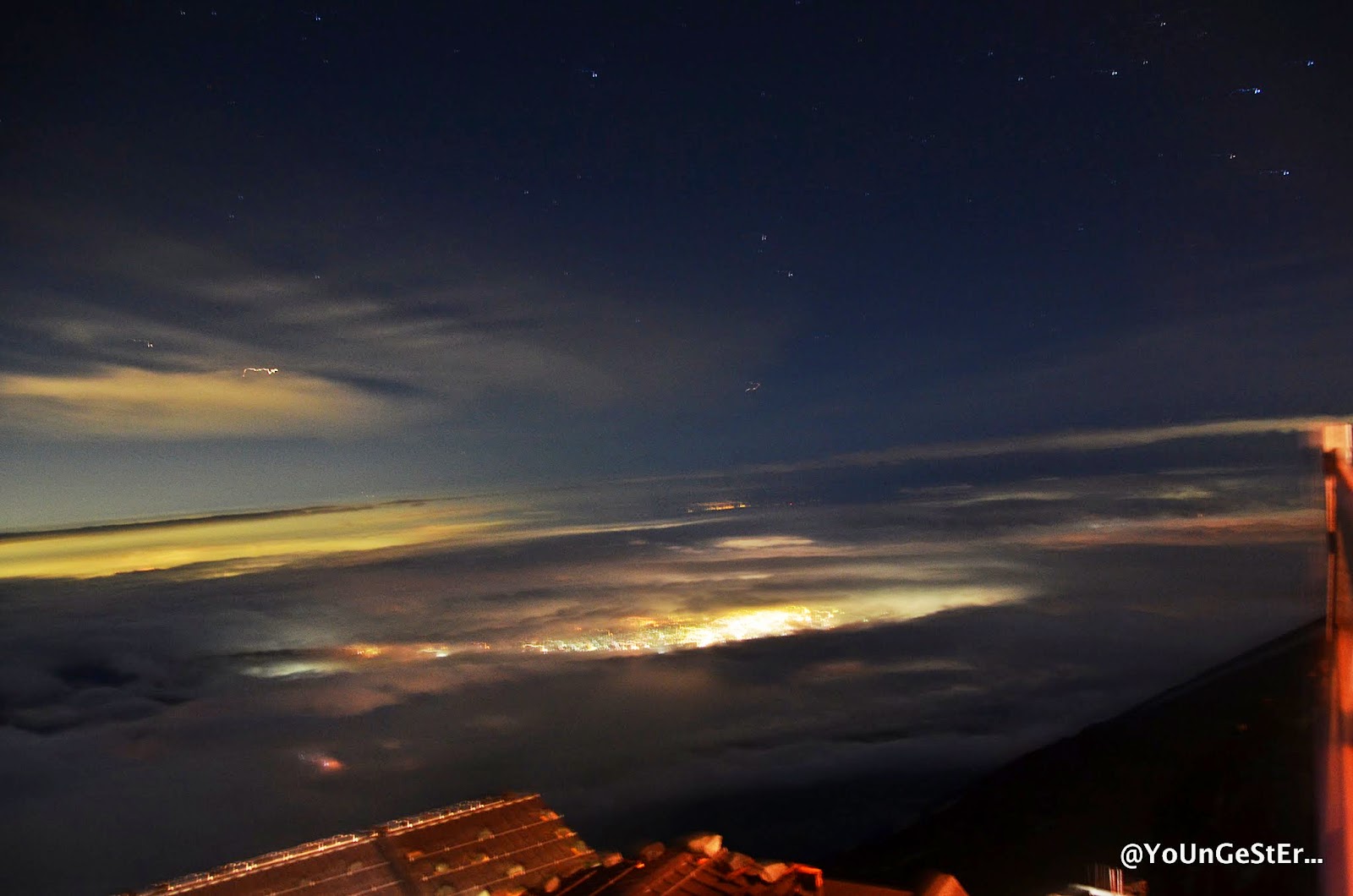 "If you come to Japan and don't climb Mt. Fuji,you're a fool; but if you climb it more than once, you're an even BIGGER fool "